Today, we proudly announce that YUMI and Luthfi from Indonesia join us as “J-Music LAB mates”. With J-Music LAB mates, we introduce various kinds of Japanese music and artists to you. As a start, J-Music LAB mates are coming to the 13th Tokyo International Music Market (13th TIMM), where they attend its showcase lives, get in touch with Japanese music/artists and get all information back to you all!

YUMI (singer): She began her career in music on YouTube in 2010. She is covering idol/idol group’s songs from Korea and Japan under the name of “czkim”. Now in 2016, she will have new mini album called “Season – in no season’s country” which will be sold at Ennichisai 2016. This CD is produced in collaboration with a famous shamisen player Ito-san. She wishes that people in Japan will know more about Indonesia and get interested in Indonesia, and hopes that Indonesia and Japan will have a good friendship. 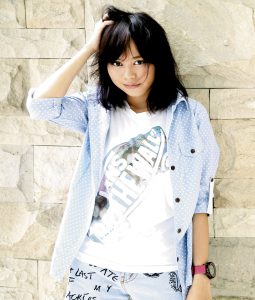 Luthfi (RE:PSYCO founder/Radio DJ): Luthfi Suryanda Atmojo was born in Jakarta, 10 March 1995. His first contact in music took place when he was a baby listening Britpop as his lullaby. He also contributed to many music and anime media portals such as Creativedisc, TRAX Magazine and KAORI Nusantara spreading the Japanese music and anime on those media. He hosted a radio program called “Zora Japan Beat” the only 3-hour Japanese music program in Indonesia which is aired on Zora Radio Bandung. He’s also running a blog called “RE:PSYCHO” that contains anime, music, movie and many contents that relate to pop culture in general. 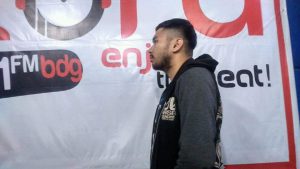